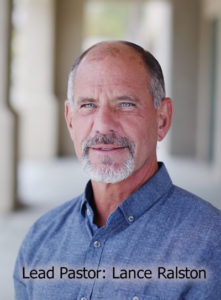 WHAT I LEARNED  (running for city council)

I decided to run for a seat on the Oxnard City Council in the recent mid-term elections after it became clear that was what God’s Spirit was telling me to do. I have to admit, it’s not what I wanted and it took a while to comply. The nudge to run began a couple years ago with a mild awareness it was something I needed to pray about. I didn’t. And I didn’t because I was concerned God would tell me to run. The subject kept coming up at various times in diverse conversations. I waved them off.

After a while, what made them difficult to wave off was the recurring delays our church experienced in the City’s issuing us permits to build out our new facility. Our church has outgrown its current facility and purchased the building next door as a new sanctuary and offices. A process that ought to have taken no more than four months took six times that long; two full years! These delays were due to a Byzantine permit process that discourages business. Without a healthy business environment, a community cannot prosper.

Then, at a pastors conference, one speaker after another made remarks that were hard not to interpret as confirmations I was to run. A chance encounter with a close friend and his wife saw words spoken that were clear an certain confirmation. I realized and repented of the error of resisting God and “gave in.” I thought it best to wait till 2020 to run. When I learned the new district structure in Oxnard meant the district where I live would not come up again until 2022, I decided now was the time and filed papers.

Having never run for office, I had a steep learning curve. Knowledgeable friends both old and new came to my aid and quickly brought me up to speed. I never did appoint a campaign manager because all the assistance I had made it unnecessary. Though I did not win, we ran a good campaign. We knocked a lot of doors, made a lot of calls, took out adds, used a heavy dose of social media, and attended events to get the message out. Despite this, we lost by a handy margin.

The winner was the well-respected incumbent who carries significant name-recognition and is her party’s scion in a community where that party holds a 21% lead. That party’s candidates won all the seats.

God made it clear to me, despite my attempts to ignore it, that I was to run, not necessarily to win. I never sensed a win was certain, only possible. And of course, I ran to win. It would have been disingenuous to conduct the campaign any other way. I discreetly shared this with a few during the lead up to the election. I did so because by that time I realized I’d already gained three specific benefits the outcome of the election, whatever it was, couldn’t take away. Those three benefits are . . .

Those I Met • I met people in the course of the campaign I never would have otherwise. I got a chance to meet with city leaders in various departments and civic works and realized our community has amazing potential. I got to meet residents who have no official title but are concerned about Oxnard and committed to its well-being. And I learned this: People we disagree with on civic issues think their views are best for the community. Contrary to the echo-chamber most people live in where their own views are endlessly reinforced and they never engage a living person with a different view, the fact is, we ALL want what’s best for our City. We just disagree on the best way to what’s best.

Politics is the art and science of compromise. Those who refuse to compromise aren’t politicians; they’re tyrants. People in politics must be willing to give a little to meet others in a middle that sheds the incidentals to embrace the necessities. Give a little to get more. All that begins with healthy relationships.

During the campaign I learned while it’s easy for demagogues to sit on the sidelines and snipe, those tasked with governing come into a room that has 27 poles on top of which spin 27 plates. They have to run around but not into each other to keep those plates spinning. Without agreement and negotiation, it’s all going to come crashing down.

Though I wasn’t elected, I’ll be following up on the contacts I made, aiming to deepen the relationships and influence the decision-makers. Just because I wasn’t elected doesn’t change my call to be a blessing to my City.

What I Learned about City Matters • I came into the campaign knowing little about the specific needs of my City. I had what might be called the “fly-over” view. The campaign immersed me to my neck in it. The result is that I now know my community and its needs much better. That’s important in my role as a pastor. Whether on the council or as a resident, my concern and call to serve remains the same because it’s based in my calling before God.

Knowing Oxnard’s specific needs fuels my prayers with greater precision. It also sharpens my focus as I seek to influence decision-makers because I know what I’m talking about and what they are dealing with.

Regardless of the outcome of my campaign, a secondary intention in running was to encourage other Christians to enter the civic arena, especially pastors. Here are people accustomed to public speaking, called by God to be a blessing to their community. The very salt and light of God’s Kingdom – let loose in a dark and needy world. Next to leading a church, what better way to bless their community than to run for office and bring the influence of God’s Grace and Truth to the public square?

Knowing my City better can’t help but make me a better pastor because this is the time and place God’s called me to lead His flock.

What I Learned About Me • Last, is what the campaign taught me about myself. The revelation was simple but embarrassing to share. I was lazy. Maybe that’s not the best word. Productive is better. I wasn’t productive. The form my laziness took is that I avoided the productive work I ought to have been doing with easy work that accomplished little.

As a full-time pastor, I was busy. I had a full calendar and kept a steady pace. Anyone who knew me knew I was busy. How many times a week did I hear, “I know you’re busy, but …”? And to all appearances, I was. People asked me at the outset of the campaign where I was going to find the time. I didn’t know and fretted about it. But guess what; I found the time. No; better—I made the time. I arranged my schedule more efficiently and for two months was both a full-time pastor and ran a campaign for city council. None of my responsibilities were left undone. No one complained that the quality of the pulpit at CCO diminished. On the contrary, several remarked it seemed even more effective.

Only a month into the campaign I realized how much I was getting done without feeling overworked. I’d mismanaged my time before, filling it up with busy but unproductive work. I came to realize busy and faithful aren’t the same thing. Good stewardship isn’t marked by what you’re doing so much as what you’re producing. I didn’t really have a lot to show for all the time I spent. It turned out to be time wasted, not invested. I was busy, but lazy because I occupied myself with easy work that distracted me from harder but more productive work.

I won’t be returning to the old way of busy but unproductive work. Though I didn’t get a seat on the city council, as a pastor, I’m still called to serve my City. 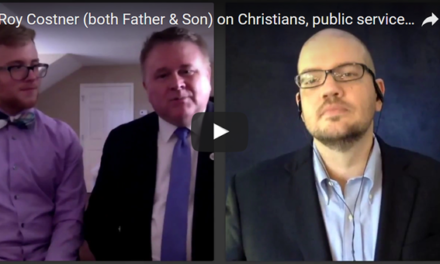 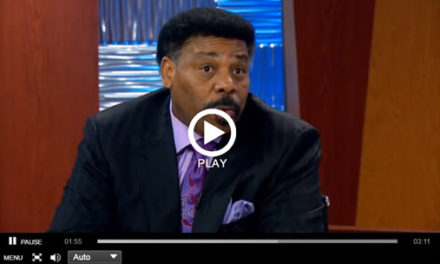 What does the Bible tell us about our role as citizens and our role in government.