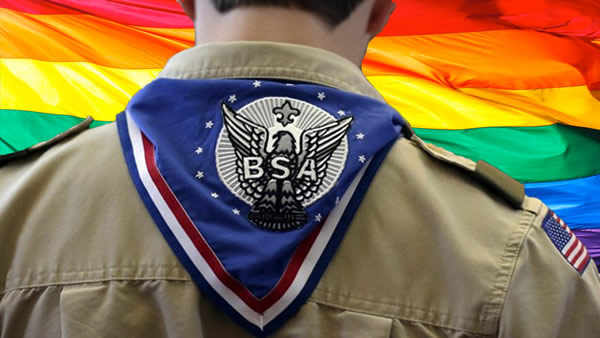 Sir Robert Baden-Powell began the Boy Scout movement in England in 1908, and two years later, the Boys Scouts of America was incorporated, FEBRUARY 8, 1910.

Robert Baden-Powell was educated at Charterhouse, London, and joined the English hussars in 1876.

As a soldier for in British Empire, which was the largest empire in world history, Robert Baden-Powell served in India, Afghanistan, and South Africa.

In 1895, he commanded native troops in Ashanti, and later served in the Matabele campaign.

During the South African Boer War, Baden-Powell’s 1,200 men were besieged for 217 days by an overwhelming Boer army of 8,000 at Mafeking.

In spite of famine and sickness, his resourcefulness succeeded in defending his position and saving his men until help arrived, May 12, 1900. He was promoted to the rank of Major General.

In 1912, Robert Baden-Powell marriedOlave St. Clair Soames, and in 1939 they moved to a cottage in Kenya.

Sir Baden-Powell founded the Boy Scout organization in 1908 to promote morality and good citizenship in the rising generation.