Mike Huckabee and the Fight With Frito-Lay Over Gay Doritos

Mike Huckabee and the Fight With Frito-Lay

At 3% in national polls, Mike Huckabee faces an uphill fight against more than dozen Republican candidates for the presidential nomination. But that hasn’t stopped him from adding another opponent in recent weeks: a bag of rainbow-colored chips.

Even if the the chips are out of stock, the fury of former Arkansas Governor Mike Huckabee and his allies has not faded. To them, Rainbow Doritos are just the latest example of corporate pandering to a gay-friendly agenda. In a letter to Frito-Lay management, Huckabee urged them to sever ties with the It Gets Better Project because he said its creator, sex columnist Dan Savage, has a history of anti-Christian comments. Huckabee wrote that “it is beyond me to understand how a responsible corporation would think that partnering with someone who spews the vicious vitriol that Savage does would be worthy of your corporate contributions,” according to a copy of the letter obtained by the blog WND. Huckabee declined to be interviewed for this article. 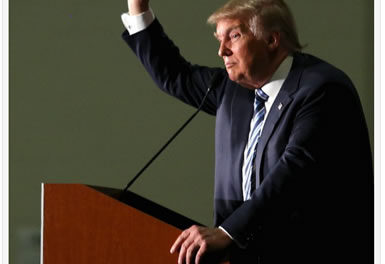 Trump to court evangelicals in talk at Liberty University