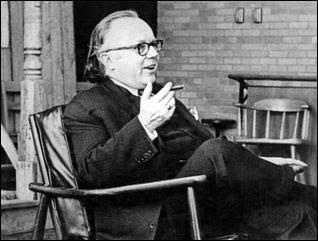 The American moralist and social critic Russell Kirk (1918-1994) made the case for cultural renewal in his collection of essays, titled Redeeming the Time.

“During the past three decades, the influence has grown of those Americans who would prefer to stride along without any divinely-ordained mission – who believe, indeed, that the American Republic could do famously without bothering about God. The Supreme Court of the United States has tended to side with these militant secularists, correctly styled ‘humanitarians’ by (Orestes) Brownson. Humanitarian liberals, Brownson wrote in his American Republic, are the enemies – if sometimes the unwitting enemies – of true freedom and true order.

“Humanitarians – that is, the folk who take it for granted that human nature and society may be perfected through means purely human – have come to dominate our universities, our schools, our serious press, most of our newspapers, our television and our radio. The thought, and the very vocabulary, of this Republic have fallen under the domination of humanitarian ideology.”(1)

Secularism’s goal is to lay down the law for this millennium by dominating the spiritual, intellectual, educational, economic, and vocational spheres of American culture. As we prepare for the task to regain our goodly and Godly heritage, we will be challenging, countering, and disentangling pagan Secularism from the warp and woof of the once Biblically-based culture.(2)

It stands to reason that there will be no progress in restoring America’s heritage and culture until Secularism’s grip on public education, universities, and academia has been broken. Plato’s two essential questions come to mind: “Who teaches the children, and what do we teach them?”

We arrived at this predicament by “distrust of God that lies behind the fleshly and worldly devices now so commonly employed in the churches. God’s work is to be done in His appointed way: but instead of that, much of what now pretends to be ‘His work’ is being done in the world’s way.”(3) 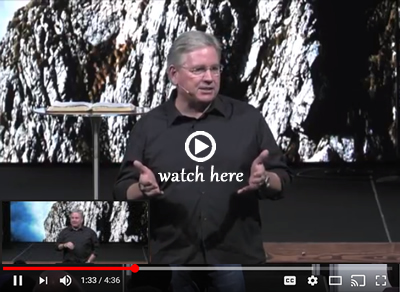 Because the nature of the battle is spiritual, we intend to continue to exhort senior pastors to reestablish prayer in America’s churches. Prayer and tears are the weapons of Heaven. Thankfully, the Book of Acts declares that the same ‘tools’ available to the Twelve are offered to today’s pastors: “We will give ourselves continually to prayer and to the ministry of the word.”[4]

A third tool is identified in the Book of Hebrews: “By faith the walls of Jericho fell down after they were encircled for seven days.”[5] A.W. Pink concedes that “to do nothing more than walk and walk and walk around the walls of Jericho, must have appeared a childish and ridiculous thing …” Yet, victory will not come from our own proficiency but by “whatever means He prescribes, no matter how unlikely and inadequate they may seem to us.”(6)

As a general rule, the elect are not mechanically delivered from destruction apart from any action on their own. It bears repeating that “God’s promise of Heaven to the believer is far from signifying that he will not have to fight his way there.”(7)

In Proverbs 11:9 Solomon points out that “the just shall be delivered through knowledge.” Hebrew scholar Michael V. Fox clarifies: “The proverb does not say that God intervenes to deliver the righteous miraculously but that they are protected by ‘knowledge’ (da’at), which is to say, their wisdom. The proverb assumes that the wise, being wise, have the mental resources to get themselves out of trouble.”

In 1740, George Whitefield began preaching revival meetings that became known as the First Great Awakening. During Whitefield’s stay in Philadelphia he became friends with Benjamin Franklin. Moved by Whitefield’s effect on Philadelphia, Franklin wrote, “It was wonderful to see the change soon made in the manners of our inhabitants; from being thoughtless or indifferent about religion, it seems as if all the world were growing religious; so that one could not walk thro’ the town in an evening without hearing psalms sung in different families on every street.” (philawalk.org/whitefield)

In order to bring these principles into practice, we must return to the fundamentals: “Nowhere in the Epistles is there a single exhortation for the saints as such to engage in public evangelism, nor even to do ‘personal work’ and seek to be ‘soul winners’. Rather are they required to ‘witness for Christ’ by their daily conduct in business and in the home. They are to ‘show forth’ God’s praises, rather than tell them forth. They are to let their light shine. The testimony of the life is far more effectual than glib utterances of the lips. Actions speak louder than words.”[8]

Christians must be directed by their pastors to bring their faith and values to the public square. We need to get out of the church building and into the public square, demonstrating our Christianity as we go about our daily lives. This includes utilizing the gifts of the Spirit, praying for and loving on people, and generally bringing our Christian faith outside the church building. The result will be a spiritual awakening not seen in over a hundred years in America. Pastor Joe Martin, C3 Trinity Church in Dallas, is so directing his congregation (here)

The good news, Gideons and Rahabs are beginning to stand. 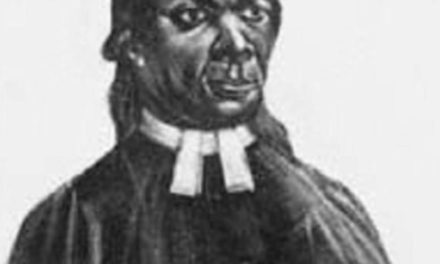