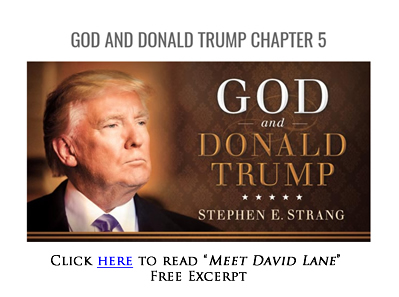 “But then, in the supernatural, God showed up. The rest, as they say, is history.”

On the night before the 2016 presidential election, in the natural, evangelical leader David Lane believed Donald Trump had little if any chance to win. This was disheartening for a man who had expended a great deal of energy to help Trump get elected.

But then, in the supernatural, God showed up. The rest, as they say, is history. Trump indeed became the 45th president of the United States. And as I chronicle in my new book, God and Donald Trump, which released last Tuesday, Lane, along with others, saw it as an answer to ardent prayer.

“Politically, I was stunned,” said Lane, a political adviser, organizer and planner as well as a devout believer in Christ. “It was a miracle of God that Trump won. I think the Lord spared us; the living God intervened.”

Indeed, and He used mighty warriors like Lane to make it happen. On the night of the election, Paul Bedard of the Washington Examiner tweeted, “Huge: ABC reporting. Largest turnout of evangelical vote in history. Congrats @GDavidLane.”

My raw interview with Lane for the book was so fascinating that we turned it into a podcast, which you can listen to here.

The writing of the book was no piece of cake, I can tell you that much. Many people assume that the creation of a book is a one-man show, but more than an author is required if you really want a project like this to succeed. For a publisher to take your work seriously, you really ought to have your book polished before it’ll be considered for print. This is where people like a line editor come in as they can meticulously check over your writing looking for errors to correct and edits to make. As a writer, I can really value such a service. We don’t discuss this in the interview, so I thought it was worth mentioning here.

Although Lane attempts to keep a low profile, the Left is well aware of his vast and effective political efforts. Since 1994, Lane has organized pastors events that former Speaker Newt Gingrich dubbed Pastors and Pews, which has attracted an estimated 20,000 pastors and ministry leaders, plus spouses, from all over the country. The model in Texas in the mid-1990s helped George W. Bush defeat Democratic Governor Ann Richards, along with defeating a referendum to make same-sex marriage legal in Texas in 2005.

The media tries to paint these meetings-some of which Trump has attended-as subversive operations that mobilize right-wing conservatives and teach them to impose their will on the public. Of course, Lane sees things differently.

Speaker Gingrich commented in 2016, of Lane’s effort to get Evangelical pastors to run for local office (county commissioner, school board, city council, etc.), “Do you know? what your legacy is? It’s not the pastors and pews events, as great as they are. Your legacy is the pastors running for local office. You’ll never see it in your lifetime, but 20-30 years down the road, you will have changed America.”

I hope you will get a copy of God and Donald Trump, God is doing something in America. Although immeasurable doses of revisionist history has been fed to discredit and minimize the role that historical Christianity played in the founding of America over the last three-quarters century, a resurrection is on the way! 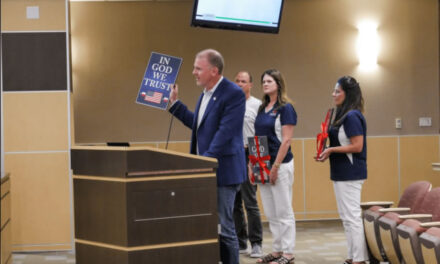