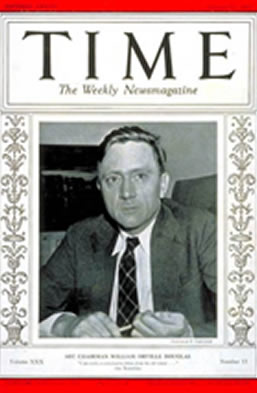 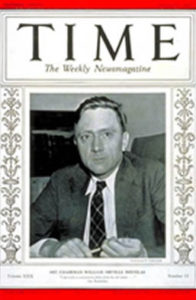 He served the longest term in the Supreme Court’s history — 36 years.

He taught law at Yale and Columbia University before being nominated to the Supreme Court by Franklin Roosevelt.

This was Justice William Orville Douglas, who died JANUARY 19, 1980.

“The First Amendment, however, does not say that in every and all respects there shall be a separation of Church and State …

Otherwise the state and religion would be aliens to each other — hostile, suspicious, and even unfriendly …

-Municipalities would not be permitted to render police or fire protection to religious groups.

-Policemen who helped parishioners into their places of worship would violate the Constitution.

-Prayers in our legislative halls;

-the appeals to the Almighty in the messages of the Chief Executive;

-‘So Help Me God’ in our courtroom oaths

— these and all other references to the Almighty that run through our laws, our public rituals, our ceremonies would be flouting the First Amendment.

A fastidious atheist or agnostic could even object to the supplication with which the Court opens each session: ‘God save the United States and this Honorable Court …'”

“We are a religious people whose institutions presuppose a Supreme Being … When the state encourages religious instruction … it follows the best of our traditions.

For it then respects the religious nature of our people and accommodates the public service to their spiritual needs.

To hold that it may not would be to find in the Constitution a requirement that the government show a callous indifference to religious groups. That would be preferring those who believe in no religion over those who do believe …”

We cannot read into the Bill of Rights such a philosophy of hostility to religion.” 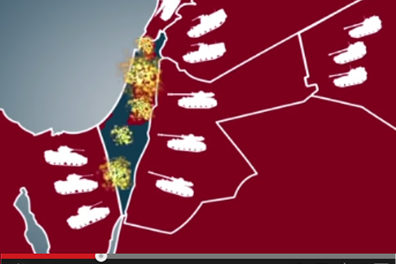 THE EAGLE IS BALDING: WILL THE CHURCH UNITE TO SAVE THE NATION?