“Bloody butchery of men, women, and children, made martyrs to their profession of Christian faith…”-Pres. Grover Cleveland, 1895

European powers…have assumed a duty…as agents of the Christian world…to enforce such conduct of Turkish government as will refrain fanatical brutality…as have shocked civilization.”

“Mad bigotry and cruel fanaticism…wanton destruction of homes and the bloody butchery of men, women, and children, made martyrs to their profession of Christian faith…

Our citizens in Turkey…in the midst of dreadful scenes of danger, their safety…is by no means assured…”

It seems hardly possible that the earnest demand of good people throughout the Christian world for its corrective treatment will remain unanswered.”

“The strength, the perpetuity, and the destiny of the nation rest upon our homes, established by the law of God, guarded by parental care, regulated by parental authority, and sanctified by parental love.

These are not the homes of polygamy.

The mothers of our land, who rule the nation as they mold the characters and guide the actions of their sons, live according to God’s holy ordinances,

and each, secure and happy in the exclusive love of the father of her children, sheds the warm light of true womanhood, unperverted and unpolluted, upon all within her pure and wholesome family circle.

These are not the cheerless, crushed, and unwomanly mothers of polygamy.”

Charity of our countrymen can always be relied

upon to relieve their fellow-citizens in misfortune. This has been repeatedly… demonstrated.”

“Federal aid in such cases encourages the expectation of paternal care on the part of the government and weakens the sturdiness of our national character,

while it prevents…among our people of that kindly sentiment…which strengthens the bonds of a common brotherhood.”

The son of a Presbyterian minister, President Grover Cleveland proclaimed a National Day of Thanksgiving and Prayer on OCTOBER 25, 1887:

“The goodness and the mercy of God, which have followed the American people during all the days of the past year, claim their grateful recognition and humble acknowledgment…

by His omnipotent power He has

protected us from war and pestilence and from every national calamity;

by His gracious favor the earth has yielded a generous return… by His loving kindness the hearts of our people have been replenished…and by His unerring guidance we have been directed in the way of national prosperity.”

“To the end that we may with one accord testify our gratitude for all these blessings,

I, Grover Cleveland, President of the United States, do hereby designate and set apart…a day of thanksgiving and prayer, to be observed by all the people of the land.

On that day let all secular work and employment be suspended,

and let our people assemble in their accustomed places of worship and with prayer and songs of praise give thanks to our Heavenly Father for all that He has done for us, while we humbly implore the forgiveness of our sins and a continuance of His mercy.”

Watch past FAITH IN HISTORY episodes for FREE

Bill Federer www.AmericanMinute.com
wjfederer@gmail.com
314-502-8924
American Minute is a registered trademark. Permission is granted to forward, reprint or duplicate with acknowledgement 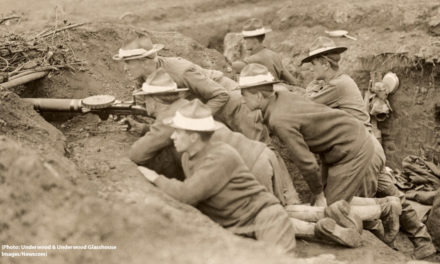 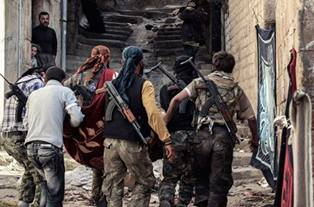