“The one concern of the devil is to keep the saints from praying. He fears nothing from prayerless studies, prayerless work or prayerless religion. He laughs at our toil, mocks at our wisdom, but trembles when we pray.” Samuel Chadwick

“With all prayer and petition pray at all times in the Spirit, and with this in view, be on the alert with all perseverance and petition for all the saints.” Ephesians 6:18

Saturday, June 20, 2015 I was invited to take part in a prayer service in Charleston, SC. It was led by the pastors of the city in the wake of the shooting deaths of nine people the previous Wednesday night.

South Carolina Pastor Brad Atkins and I arrived in Charleston on Thursday to represent The American Renewal Project and to pray with pastors and people impacted by the tragic deaths of the pastors and parishioners at Mother Emmanuel A.M.E. Church.

This was a return trip to Charleston for us. We had taken part in The Response South Carolina prayer event just a few days before the shootings. Over 4,000 people, led by Doug Stringer, had gathered together across denominational, generational and racial lines to pray for a nation in crisis. It was a powerful six hours.

The Response USA is a ministry of The American Renewal Project. These prayer events are scheduled when a state governor is impressed to call for prayer on behalf of a nation in crisis. The original plan for the SC event called for it to be held in the cities of Columbia or Greenville. Since adequate facilities were not available, it was decided to hold it in Charleston. Hindsight provides the insight to see why God’s hand guided this prayer event to Charleston four days before the tragedy. There could not have been a more strategic location for it.

I was particularly appreciative of Apostle Herman R. Robinson’s invitation to take part in the Saturday prayer gathering, one week after The Response: SC. His meeting had been on the calendar for over a year. Including us in the program was a generous gesture on his part. It was an equal measure of Christian, and Southern hospitality. Brad and I were honored. Thank you, pastor.

The prayer meeting took place on the highest point of the city, a 14-story hotel overlooking downtown Charleston. The beautiful skyline, marked by the spires of some of the oldest churches in America, has earned Charleston, the nickname of “The Holy City.”  Church steeples are designed as symbols of praying hands pointing the eyes of the people towards Heaven.

This week substance triumphed over symbolism as pastors of Charleston called their people to pray.

For four hours 120 pastors and spouses gathered for prayer, sharpening and swinging the church’s world-class weapon in battle against an ancient evil. In the hands of men and women of God, this weapon is a powerful force. Intercessory prayer puts the enemy on the defensive by calling on the name of Jesus. The enemy fears the sound of God’s children calling on the name of His Son. When Jesus takes the field, Satan flees.

“The one concern of the devil is to keep the saints from praying. He fears nothing from prayerless studies, prayerless work or prayerless religion. He laughs at our toil, mocks at our wisdom, but trembles when we pray.” Samuel Chadwick

The pastors of Charleston have responded to their local tragedy, and they have led the way for a nation in crisis, pointing the way back to God. With God’s grace they have turned to prayer and forgiveness, rather than anger and rioting. Secular news channels are describing prayer meetings breaking out all over the country. This may be the beginning of the next Great Awakening. Time will tell.

Great Awakenings have all been preceded by passionate, prevailing prayer.  There is no substitute for answered prayer. People who prevail in prayer breathe in the air of desperation, and breathe out the prayer of intercession. Genuine intercession is driven by brokenhearted desperation.

Prevailing prayer is not a devotional exercise. It is war. The art of Spiritual Warfare, delivers a powerful weapon of war into the heart of the enemy on every battlefield.  The enemies of God refuse to leave ground they have taken without a fight. Jesus is The Light. Prayer calls on Him to take the fight to the enemy, putting the forces of darkness to flight.

““The prayer that prevails is not the work of lips and fingertips. It is the cry of a broken heart and the travail of a stricken soul.” –Samuel Chadwick

As I was leaving the prayer meeting, I approached Brother Robinson and asked him if he was familiar with the old Baptist hymn that carries the message, “Blessed be the tie that binds.”

When he assured me he knew it well. I took off my tie, and gave it to him. I told him, I considered tonight a special occasion in my life. His hospitality called for a personal response. I told him to take my tie as a gift, and to be assured that I would be praying for him daily, especially when he stepped into the pulpit to preach. I told him I was not alone, and that thousands of pastors affiliated with The American Renewal Project would be praying for him and the pastors of this city. Sunday morning as I was boarding a plane to return home to Texas, the pastor texted me and told me he was entering the pulpit to preach, and was wearing my tie. “Blessed be the tie that binds,” indeed.

“Blessed be the tie that binds, our hearts in Christian love. The fellowship of kindred minds is like to that above.” John Fawcett

Pray for Charleston, but don’t forget to pray for your own church, city and community. The same enemy that attacked a small prayer meeting in Charleston seeks to steal, kill and destroy all that is precious to you. Don’t think that removing guns from the public square will save your church from attack. A million victims killed with machetes in Rwanda should be enough stark, historical evidence of evil’s willingness to use any means of death available to it. In the beginning, all Cain needed was a rock. Evil doesn’t need any more than that.

Note to self: Don’t waste the blood of the Charleston victims or be frivolous with your grief. Invest your prayers. The treasure of prayer has been inspired by their death. Now invest them. Call out to God for what this nation needs most, but deserves the least, His mercy. With His mercy, Awakening is sure to follow. Pass it on! TALK LESS! PRAY MORE! 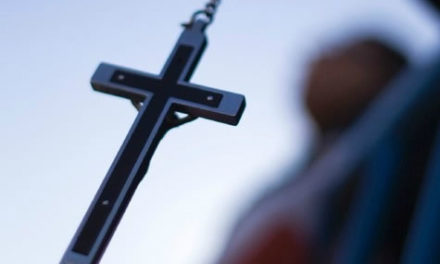