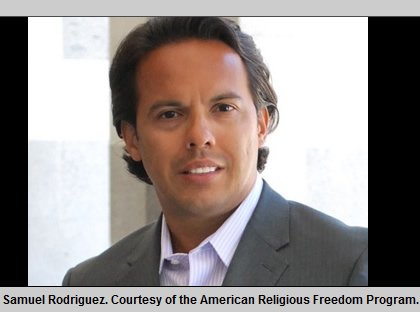 “Freedom of religion in America can best be characterized in the year 2013 as nothing other than an ‘endangered species,’” cautioned Rodriguez in a May 30 speech.

“The voice of our faith stands to be silenced: it is time to rise up,” the evangelical pastor exhorted the crowd.

In his address, Rodriguez explained that the United States “emerged from the womb of religious liberty.” The country has a strong history of religious pluralism and freedom, grounded in the idea that this freedom comes from God rather than earthly government, he explained.