The senior pastor of Calvary Chapel Thousand Oaks was encouraged and felt led by God to run for the open 44th Assembly District seat in the California state legislature during the 2014 General Election. He had no prior political experience, and he didn’t have the support of the state’s Republican Party, but he very nearly defeated a Democrat who out-spent him nearly 6-to-1.

“During the spirited campaign, Rob ignited a grassroots, precinct-level army of 650 volunteers,” Lane said. “The flock of God hungers for leadership in the battle for restoring America’s Judeo-Christian heritage and re-establishing a Christian culture.”

The experts said running for office would destroy McCoy’s church; instead, it continued to prosper. His campaign became the blueprint for a new program through the American Renewal Project intent on finding a few Gideons and Rahabs to stand up.

“Politics is a contact sport, but if America is to be saved, men and women of faith must return to the public square, and pastors must re-establish prayer in the churches of America,” Lane said. “So far in 2015, about 2,000 or so pastors and a few spouses have attended Issachar Training. To date, it appears 300 to 350 pastors are running for city council, county commissioner, school board, mayor, or Congress in 2016.”

About 150 pastors and church leaders took part in an Issachar Training event at the Iowa Events Center in Des Moines. The program gets its name from the Tribe of Issachar, which was among the most scholarly, and was comprised of “men who understood the times, and knew what Israel ought to do” (1 Chronicles 12:32).

The Issachar Training on Friday began with an introduction by pastor Ken Graves. He spoke about the nation’s spiritual history and its Judeo-Christian roots, as well as the First Great Awakening, injecting humor and admonishing churches and pastors who stray from preaching the Gospel.

McCoy also took the stage, as did Missouri state Reps. Paul Curtman and John McCaherty, all of whom spoke about their personal experiences as pastors who ran for public office. Also speaking was Republican presidential candidate former Arkansas Gov. Mike Huckabee. Now whether they had taken the help of professional speechwriting services or not is unknown to us, yet, one thing can be said for sure-each of them had captivating anecdotes, the right words, and a brief yet informative speech to keep us all attentive and listening.

In order to be successful in politics, you must be able to employ some of the things that make you successful in ministry,” Huckabee said. He then listed the four elements of effective ministry that will make pastors effective in politics and government:

• Have a message: “If you don’t have a message, there’s no point in being in the ministry. It’s all about having a message. It’s all about your ability to take the Gospel of Jesus Christ and deliver it to people who can understand it … In politics, you need a message, I mean it’s really a simple question: ‘Why are you running?’ It’s the one that if a candidate can’t answer, his campaign is over.”

• Use the media to get that message out: “I don’t just mean the press; I’m talking about all forms of media. If you are in full-time ministry, the only thing more important than your message is your ability to use all the forms, all the vehicles, to get that message delivered to people … I’ve often said that if people can’t see you, and they can’t hear you, you’re out of business.”

• Taking care of money: “I think we sometimes we put too much emphasis on raising money, not on how we spend it … Because even if they got a lot of it, and used it wisely to secure our borders, protect our freedoms, to defend our basic human rights, we can all say it’s money well spent. It’s when they waste it that it bothers us.”

Huckabee then discussed the role relationships play in politics, and why it is important to have relationships not only with one’s allies, but also with one’s political adversaries. He also emphasized the importance of “knowing the rules” as an effective means of governance.

His final parting advice: “Remember who you work for.”

“The folks who come into our office, who call our phone, are not our problem,” he said he told his staffers when he was governor. “They’re not our interruption. They’re not interfering with our job. They are our job. We work for them, they don’t work for us.”

In additional to anecdotal advice, the training also discussed the nuts and bolts of actual political campaigning, including campaign organization. Lane said the training is meant to provide encouragement, as well, especially for candidates who face opposition from within the power broker establishment of their own parties.

“There is nothing inherently good or bad about the Democratic Party, just as there’s nothing good or bad about the Republican Party,” he said. “They’re holding vessels for like-minded constituents. But, the Democrats believe nothing that we believe. Evangelicals – as awful as we’re doing in terms of half not registering, half not voting – are housed, generally speaking, in the Republican Party.”

“Some people who don’t understand politics get frustrated and call for a third party,” he added. “I don’t call for that all. All it does is split us up. Politics is addition and multiplication, not subtraction and division. Men and women of faith have to bring our values to the public square. So, we’re trying to get people with our values into the voting booth.” 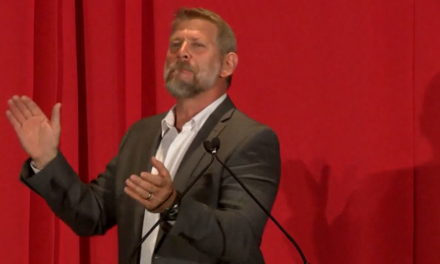 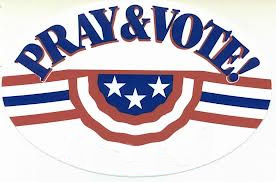