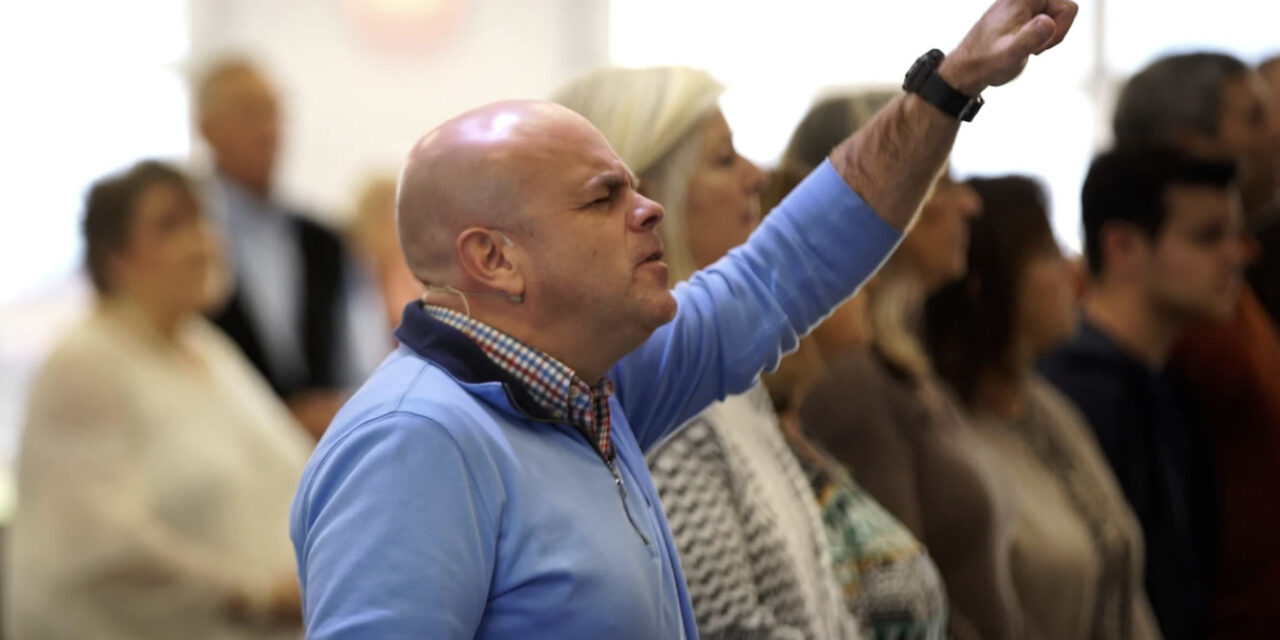 Pastor McGill was recruited and trained by the American Renewal Project, a group that aims to “restore righteousness in the public square.”

“There’s no such thing as the separation of church and state. The First Amendment is to keep the state out of the church,” says Lane. “My goal is to restore America to our Judeo-Christian heritage and reestablish a biblically based culture.”

To motivate pastors to run, Lane has enlisted North Carolina’s Lieutenant Governor, Mark Robinson. Robinson is known for calling it “filth” to teach homosexuality and transsexuality in schools. Some lawmakers on the Left have even called for his resignation. He responded, “I feel compelled to say that word, ‘filth,’ because we have a filth problem in this country right now.”

Lane believes the key to “restore righteousness in the public square” is winning local elections first. “We’re interested in the local races because that’s gonna be where the magic begins,” says Lane. “They don’t need to be running for Congress and governor and U.S. Senate. They need to start out [with] city council, county commissioner, school board if they’re going to be effective.”

When Pastor McGill traveled to Israel with the American Renewal Project, he was inspired to run for office, especially when he witnessed COVID culture and “just how fragile our freedoms have become.” Whenever he makes a decision, he says that he feels the weight of it. “I realize, boy, when I make this move, there’s 30,000 people that are going to pay the consequences for a bad decision and reap the benefits of a good decision,” says McGill.

When Lt. Gov. Mark Robinson addressed the pastors at a recent meeting, he said, “It’s time for us to start standing up like John the Baptist, ready to give our heads for the causes of this glorious freedom that God has given us.” Then he asked, “You gonna join in the fight? Or you gonna sit in the foxhole shaking in your shoes?”

McGill answered the call and now invites others to run also.

Rob Vischer is a freelance writer for Charisma Media.