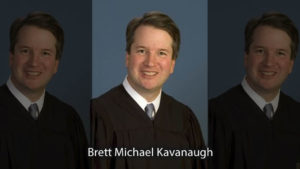 Harvard Law Professor Mark Tushnet couldn’t help but sneer while he gloated in 2016:

“Right now more than half of the judges sitting on the courts of appeals were appointed by Democratic presidents, and – though I wasn’t able to locate up-to-date numbers – the same appears to be true of the district courts. And, those judges no longer have to be worried about reversal by the Supreme Court if they take aggressively liberal positions.

“The culture wars are over; they lost, we won. Remember, they were the ones who characterized constitutional disputes as culture wars …

“For liberals, the question now is how to deal with the losers in the culture wars. That’s mostly a question of tactics. My own judgment is that taking a hard line (‘You lost, live with it’) is better than trying to accommodate the losers, who -remember – defended, and are defending, positions that liberals regard as having no normative pull at all.

“Trying to be nice to the losers didn’t work well after the Civil War, nor after Brown. (And taking a hard line seemed to work reasonably well in Germany and Japan after 1945).”

BACKGROUND
The 13 U.S. Courts of Appeals are the feeder system for cases before the Supreme Court. In January 2009, when President Barack Obama assumed office, Democrat appointees controlled just one of the thirteen. When Barack Obama left office in January 2017, Democrat appointees who embrace abortion, same-sex marriage, euthanasia, omnipotent and omnipresent government, transgender bathrooms, and coercive redistribution of wealth controlled nine of the thirteen. Self-serving secular Justices, like bad apples, spoil the whole of the self-government realm.

Senate Majority Leader Mitch McConnell recapitulated that “Only about 20 years in the last hundred have Republicans had the White House, the House and the Senate at the same time. And Democrats have had a period of overwhelming dominance – the New Deal, the Great Society, the first few years of Barack Obama.”

Over the last year and a half the Senate has confirmed 21 circuit judges, which comes down to slightly more than one-eighth of the whole of the circuit courts in America. The 12 confirmed last year constituted the single highest number of confirmations since the modern circuit court system was established in 1891.

Here’s why this is important. Since Democrats cannot win on cultural issues at the ballot box, they impose their will through the Courts. A perfect example is the Obergefell vs. Hodges case (homosexual marriage) from 2015. Notwithstanding that state after state passed referendums and initiatives to ban same-sex marriage by wide margins over a 10-year period, five secular Justices forced homosexual marriage upon America. (The full statistics are here: https://bit.ly/2zsIzmy)

Christian ‘leaders‘ who called for a Third Party, or a ‘NeverTrump‘ vote in 2016 appeared to be oblivious to the impending consequences of a Hillary Clinton presidency. For example, Mrs. Clinton would undoubtedly have stacked the 13 Courts of Appeals with like-minded Justices, and would have been well on her way to a second Supreme Court pick. This would have created an environment in which sustaining freedom would have been all but impossible.

No halfway measures can be taken against the antagonists that threaten freedom. “It is often thus in the experience of Christians. When they have been particularly active in engaging the enemy and a notable victory has been obtained (read Trump 2016), the Lord grants a brief season of rest and comparative quietness. Yet they are not to conclude therefrom that the hardest part of their conflict is now over, so that it is safe for them to relax a little. What we are about to ponder indicates the contrary (read November 6, 2018), and warns us that Satan does not readily admit defeat.” (1)

With Democrat appointees controlling 9 of the 13 U.S. Courts of Appeals, liberty is neither out of the woods nor should be taken for granted. God be thanked that nearly 300 pastors are running for local office in 2018, including city council, school board as well as parks and recreation. 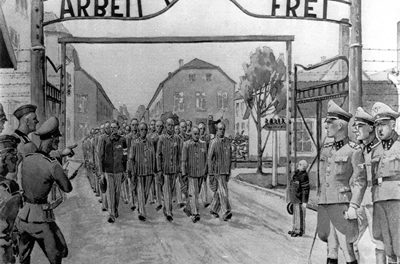 Our Recent Journey to Auschwitz 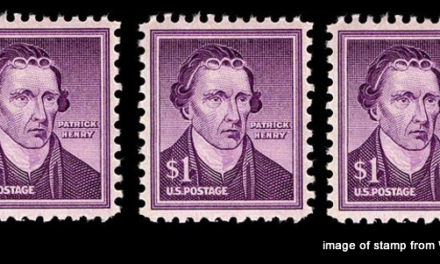