“The is the most important election in our lifetime.” 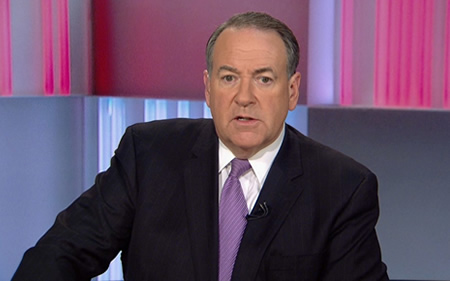 From the Desk of Mike Huckabee

Last Friday I substituted for Sean Hannity on the Fox News Channel, and invited Franklin Graham, Dr. Robert Jeffress and the American Renewal Project’s David Lane to be my guests. Here is the link to the 5 minute segment. 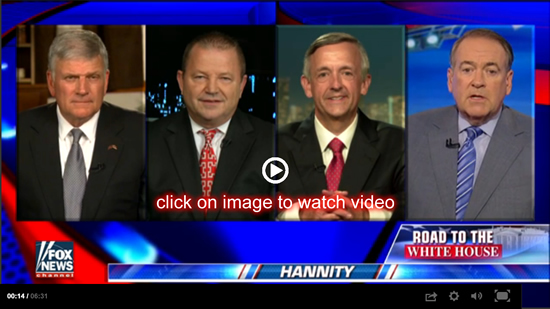 We say every four years, “The is the most important election in our lifetime.” This truly is! If Evangelical and Pro-Life Catholic Christians do not register and vote on Election Day, the encroachment of transgender bathrooms by the Obama Administration is only the beginning. Kentucky clerk Kim Davis’ incarceration last September will be only the warmup act. YOU are next!
A word to my pastor friends: Donald Trump used a term last week at the American Renewal Project’s pastors and pews event in Orlando, in association with the repeal of the Johnson Amendment– “Leverage”. Mr. Trump said the Evangelical pastors influence in the public square had been severely damaged since TX Senator Lyndon Johnson wrote and passed the bill — as a reaction to conservative opposition in his run for reelection in 1954.
If Evangelical and Pro-Life Catholic Believers stay home on November 8, 2016, like we did in 2012 and 2008, we have only ourselves to blame for the collapse of the Biblical-based culture in America. You, His under-shepherds, must lead the way for the spiritual resurrection of America.

No one believes, as Chuck Colson said, that the Kingdom of God is going to arrive on Air Force One. But somebody’s values are going to be represented in the public square, and we must engage the culture with men and women of Issachar who “know the times and know what to do.” (1 Chronicles 12:32)

Who is contending for religious liberty?