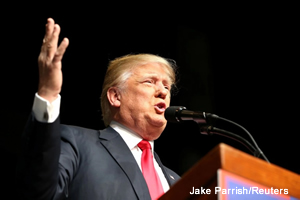 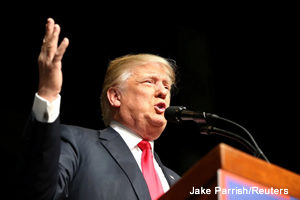 A Christian conservative organization wrote to 100,000 pastors Tuesday urging them to support presumptive Republican nominee Donald Trump for president, the latest exchange in a series of salvos among faith leaders divided over Trump’s candidacy.

David Lane, the leader of the American Renewal organization, wrote an email to pastors arguing that Trump is the obvious choice given the alternative.

“The choice facing America is not the lesser of two evils, but who  will inflict the least damage to freedom and liberty,” Lane said in the message:

Between Donald  Trump and Hillary Clinton, this is an easy choice. What and how will Mr. Trump do? I don’t have a clue. But with Hillary we do know, the progressives that she will stack on the Supreme Court alone will set-back America for a century. … Codifying transgender  bathrooms rights will only be the beginning of nine unelected and unaccountable justices imposing a godless agenda, tearing America  apart brick-by-brick.

Lane sends such messages occasionally on behalf of American Renewal, 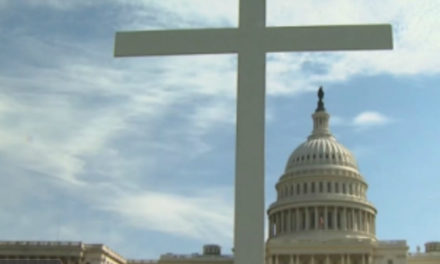