Hundreds of pastors, dozens of political activists, and three presidential contenders converged on the first-in-the-nation caucus state Thursday and Friday to pray for the spiritual salvation of the United States of America.

The signs are cannot be ignored; our nation is sliding farther away from its founding Judeo-Christian values everyday. This week’s “Pastors and Pews” event hosted by the American Renewal Project and held at the Iowa Events Center in Des Moines is part of a three-prong effort led by Christian political activist David Lane, who has made it his goal to see America reverse its course.

“Evangelicals — and pro-life Catholics, at this point — don’t get it,” he said. “There are 65 to 80 million evangelical Christians, but half of them aren’t registered to vote. Half of those who are won’t vote, and in an off-year election, half again don’t vote. So, in a presidential election, we’ve got 25 percent, and in an off-year election, we’ve got 12 percent. We’ve done this to ourselves. We deserve judgment. I’m praying for mercy.”

Lane said Pastors and Pews began in 2005 with then-Texas Gov. Rick Perry, and has since traveled to 18 states, ministering to more than 18,000 pastors and their spouses. He said the program’s purpose is to mobilize the church to restore America to its Judeo-Christian heritage and re-establish a Christian culture — by spawning a third Great Awakening.

The American Renewal Project has done 20 Pastors and Pews events across the U.S. this year, and did 20 last year. But why Iowa? Iowans will gather for the first-in-the-nation Republican and Democrat caucuses on Feb. 1, now less than 90 days away.

Every four years, when the Iowa Republican Caucus includes the presidential preference poll, the largest voting bloc by far are self-described evangelical Christians. So, Lane’s mission here may sound like the proverbial preaching to the choir.

But history tells a different story.

As evangelicals in Iowa helped propel the national campaigns of former Arkansas Gov. Mike Huckabee in 2008 and former U.S. Sen. Rick Santorum of Pennsylvania in 2012, they found themselves facing the prospect of voting for U.S. Sen. John McCain (R-Ariz.) and former Massachusetts Gov. Mitt Romney, respectively, once they went to the polls in the General Election some 10 months later.

In both cases, Iowa evangelicals who refused to vote against their Christian conscience refused to vote “the lesser of two evils” in the presidential election, handing the state to President Barack Obama. Lane said his prayer is the Lord will “put a spiritual man in the White House in 2016.”

“Someone’s values are going to reign supreme; our values or someone else’s,” he added. “If we stay home and all the homosexuals vote, then they’re obviously putting in people who want to carry out what they believe … Sen. Ted Cruz said there’s 54 million evangelical Christians; we’re trying to them to come to life. If they do that, it’s over, because we’ve got the numbers.”

But the obvious highlight of the event was the opportunity to hear from three presidential candidates who proudly wear their Christian faiths on their sleeves: Louisiana Gov. Bobby Jindal, former Arkansas Gov. Mike Huckabee, and U.S. Sen. Ted Cruz. All three men spoke about the urgency for spiritual revival in America, and then took questions from members of the audience.

During his turn on stage Thursday evening, Jindal said liberals “don’t understand” religious liberty, and that was a primary reason why he took executive action in Louisiana to protect it. He also had a message for liberal judges who are exceeding their constitutional authority.

“If you want to write law, run for Congress, but don’t do it from the bench,” he said.

Cruz spoke about Supreme Court Associate Justice Anthony Kennedy’s comments regarding citizens’ responsibility to adhere to judicial opinions. He said the justice equated the Supreme Court of the United States to the Third Reich in Nazi Germany.

Earlier he had referenced a situation in Knoxville, IA, where the city council on Monday had voted to remove a silhouette of a veteran kneeling before a comrade’s grave marked with a Latin cross from a veterans memorial after complaints from a freedom-from-religion group. The next day, during biennial statewide city elections, voters in that community went to the polls and removed all of the councilors who had voted for the removal that appeared on the ballot.

“Justice Kennedy, when you use the courts to make law, and order 320 million Americans, ‘You must ignore the teachings of what marriage is and has been for millennia,’ that is not law; that is not legitimate. It is wrong, and it will not stand,” he added. “You know, the solution is the same as it was in Knoxville: throw the bums out.”

After each man was finished, the pastors gathered around him, laid hands on him, and prayed for him.

Both days’ sessions also featured a healthy dose of pastor Ken Graves — a gravely-voiced mainstay of American Renewal Project events across the country — of Calvary Chapel in Bangor, ME. Several participants afterward said they were indeed energized and encouraged to push fellow Christians to vote, and to bring their Christian values into the voting booth with them. 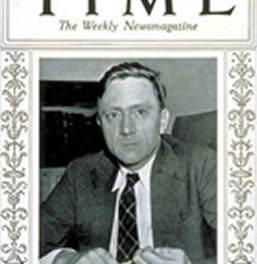